Brondesbury Park, London NW2
1142
A highly detailed brick wall surrounding a private dwelling in 1986 at a cost of £90K.
This project involved the construction of an elaborately detailed 100m long 2m high brick wall around a sloping residential site, between nine mature trees situated along its boundary. Potential movement induced by the growth of the trees was catered for by building the panels of brickwork on separately-piled foundations, with the individual panels linked together by curved metal railings.
The railings are formed using steel L-shaped sections, each drilled at their tops to form a fleur-de-lis, and set into two curved-on-plan rails at the top and bottom. These railing sections were fixed to the brick panels either side by lugs with rubber bushes, which allowed for differential movement between the two wall panels.
At the front, dwarf walls between columns allowed a view through to the carriage driveway and front garden, with the security railings above matching the automatic metal gates.
Ibstock Westhoathley Medium Multistock bricks were utilised, highlighted by Leicester Reds, and a number of ‘special’ special-bricks and terracotta stones were manufactured to achieve the designed details.
The project was abandoned just before completion when the client ran out of funds, and the images show the proposals. 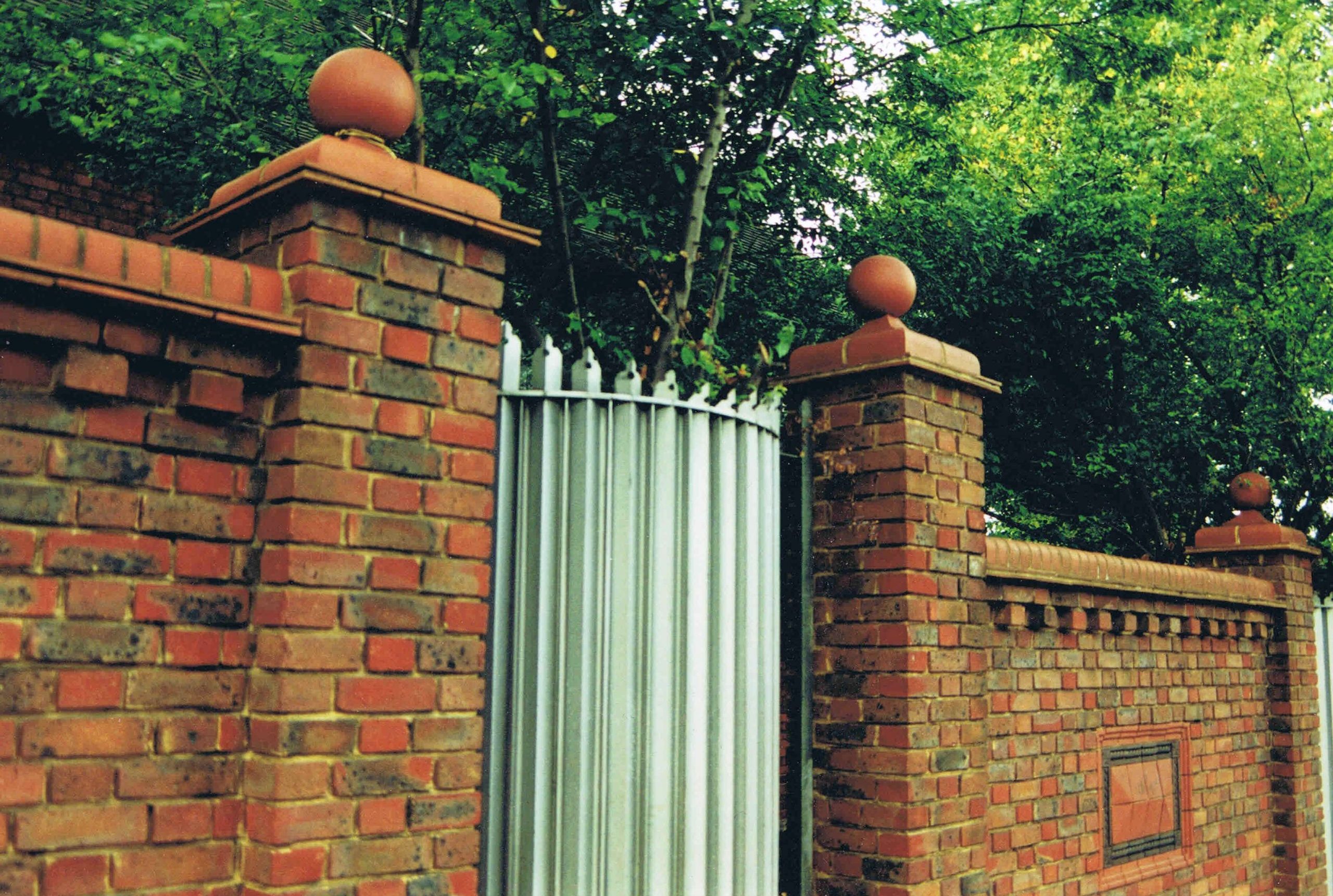 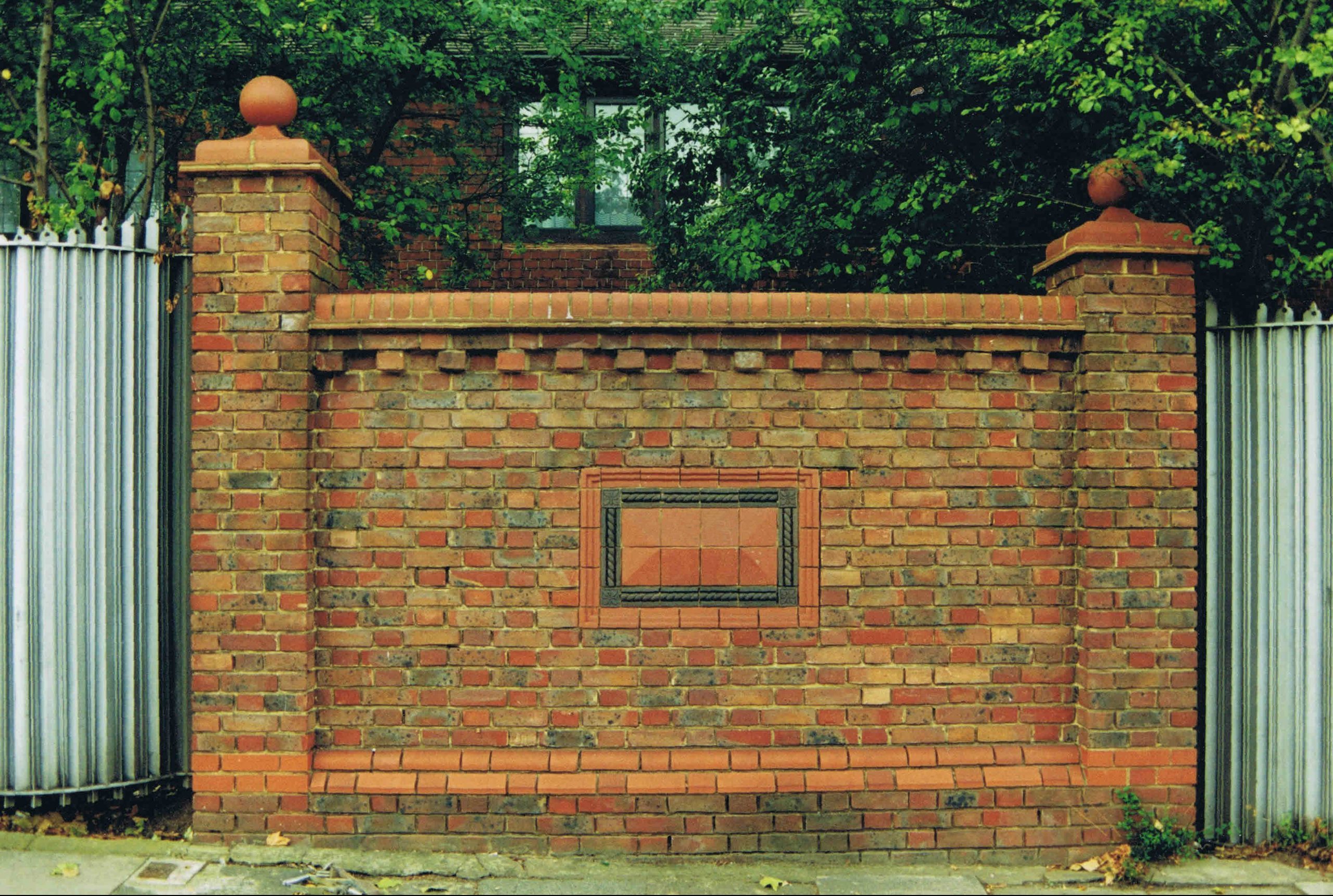 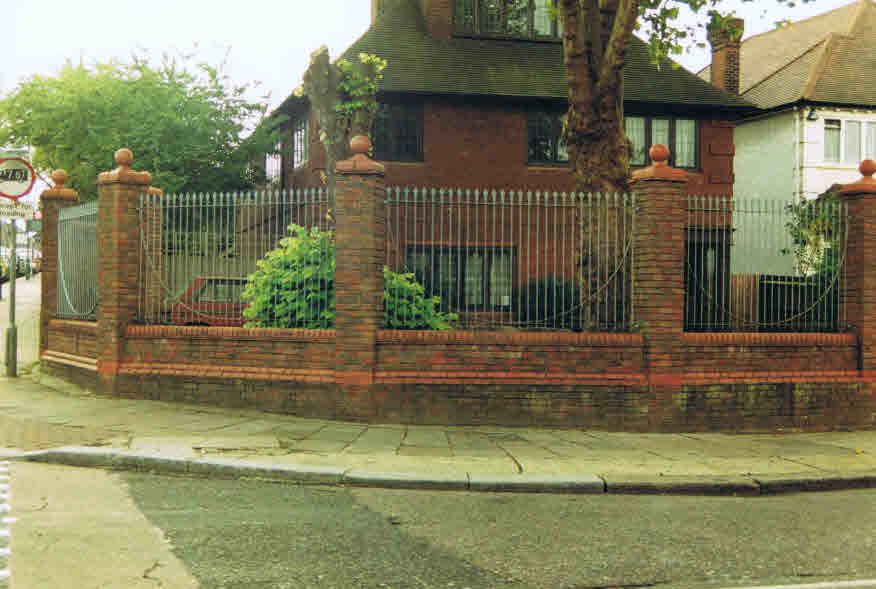 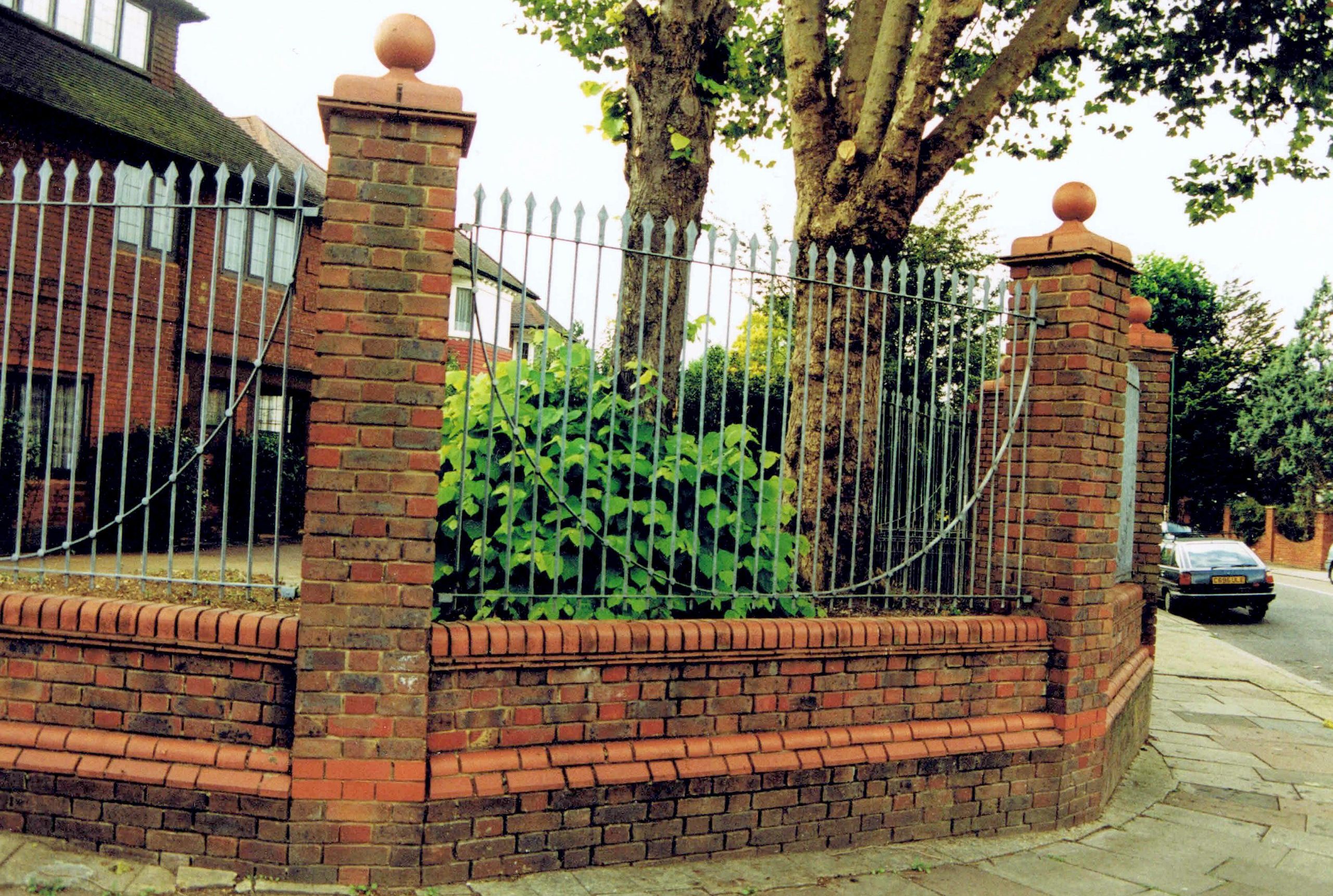 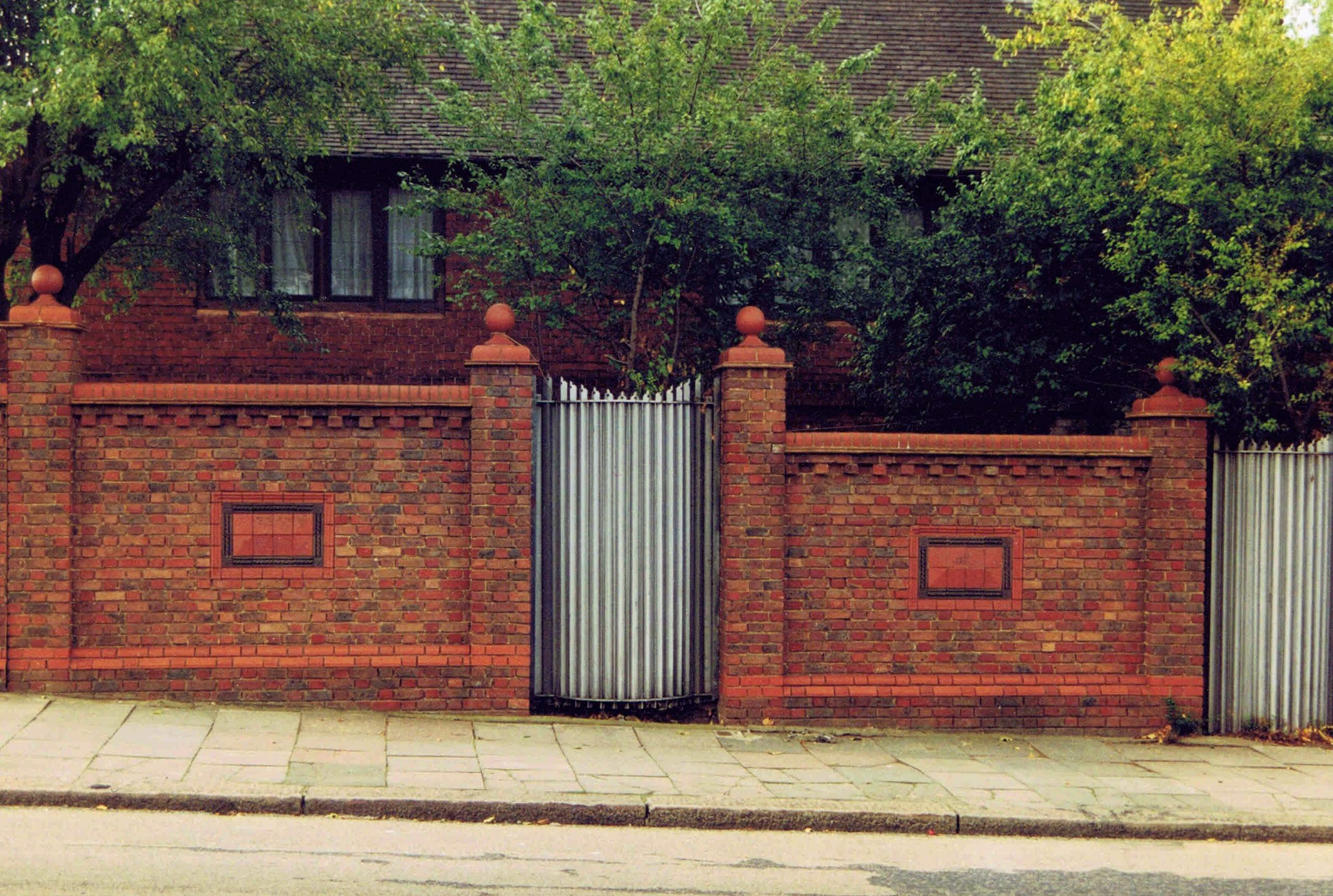 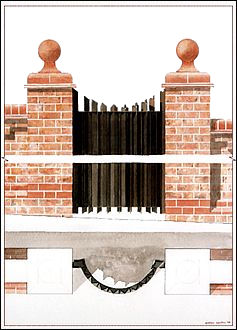