New flats in Strode Road, NW10
1856
STF submitted a pre-app in 2016 for a corner block of 9 new flats land in Brent, plus a row of 8 mews houses in a narrow strip of land next door.  The proposal provided amenity space, and incorporated environmental initiatives such as being car-free, maximising daylight, and renewable sources of energy, and did not adversely impact on the amenity of neighbouring properties or occupiers.
The proposals upgraded a site which had been vacant for 17 years, into a residential enclave that would improve the streetscape and provide much needed, good quality housing in the borough.
It respected the scale, massing and materials of the surrounding houses and buildings, and transformed a vacant, blighted site that had polluting temporary use, into a desirable new residential quarter.
The three-storey flats were set back at roof level to reduce the apparent massing.  The fronts of the mews houses appeared as two storeys, similar to the surrounding houses. The backs had sloped tiled roofs which dipped down to the scale of the back garden walls of the adjacent neighbouring houses. 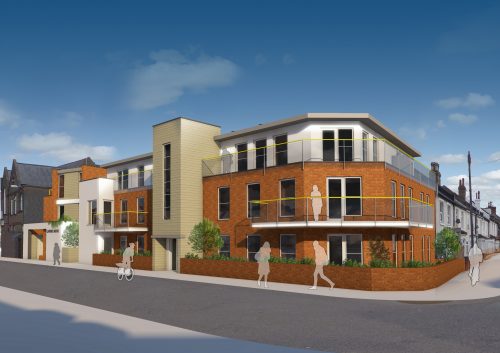 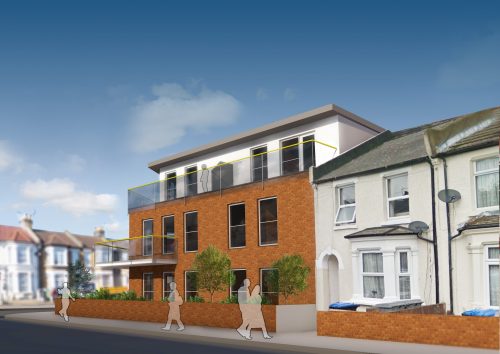 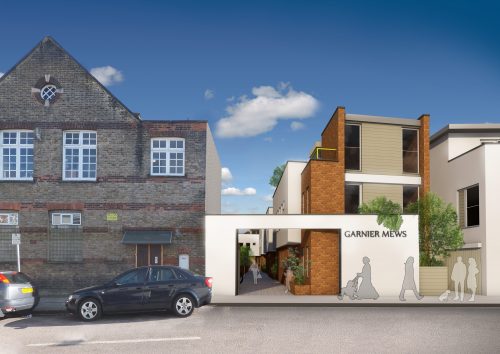 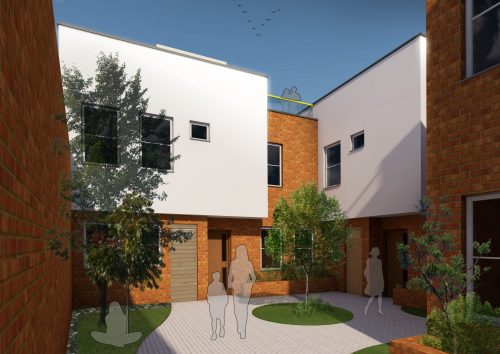