St John’s Senior School, Enfield
1836 SJSS
St John’s is a private co-educational school for children from age 4 to 18 situated on two parkland campuses totalling 23 acres on the Ridgeway between Enfield and Potters Bar in the Green Belt north west of London.
In 2003 consent was obtained to replace the existing sports and examination hall (a barn which had blown down in a gale) with a new purpose built Sports Hall.  Due to its location in the green belt no changing rooms were attached to the building (pupils changed in their classrooms).
An 2012 Ofsted report required the school to provide changing and washrooms adjacent to the sports hall.
STF were appointed to design and manage the procurement of these facilities. Planning consent has been obtained for an extension on the north side of the Sports Hall to provide two changing and shower rooms, PE staff offices and circulation to and from the sports hall.  The scheme had to be sited to avoid mature trees on the site, and designed to separate field sports’ use from gymnasium use so the latter is not “contaminated” by mud and grass from the former.  Within the circulation the design also includes a gallery for the display of sports artefacts, and a covered verandah where class groups can assemble for briefings before matches.
The school hosts regional sports events and a separate access for visiting teams is also provided.
Construction work was completed in May 2015. 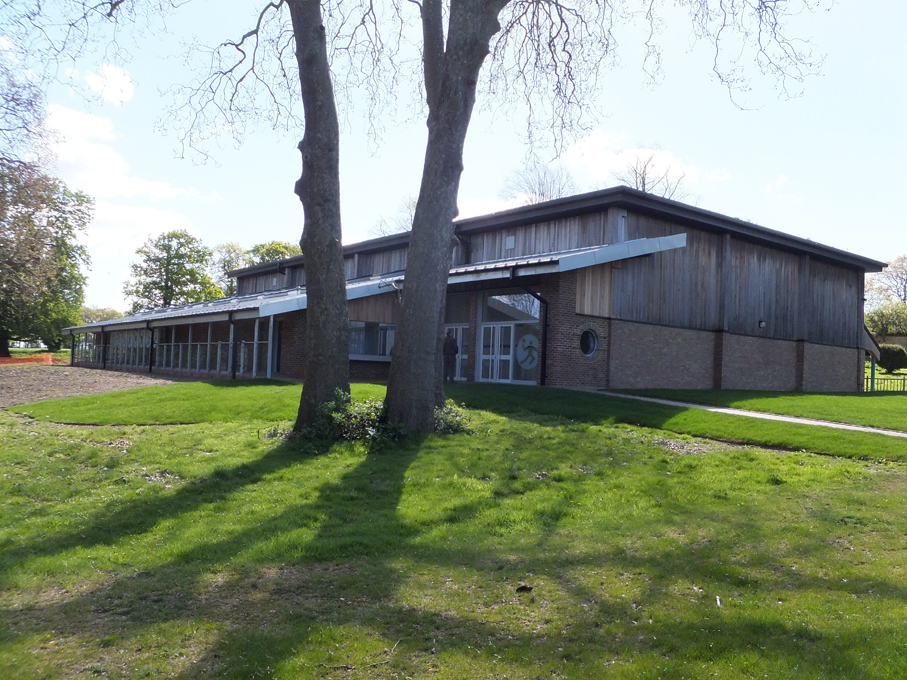 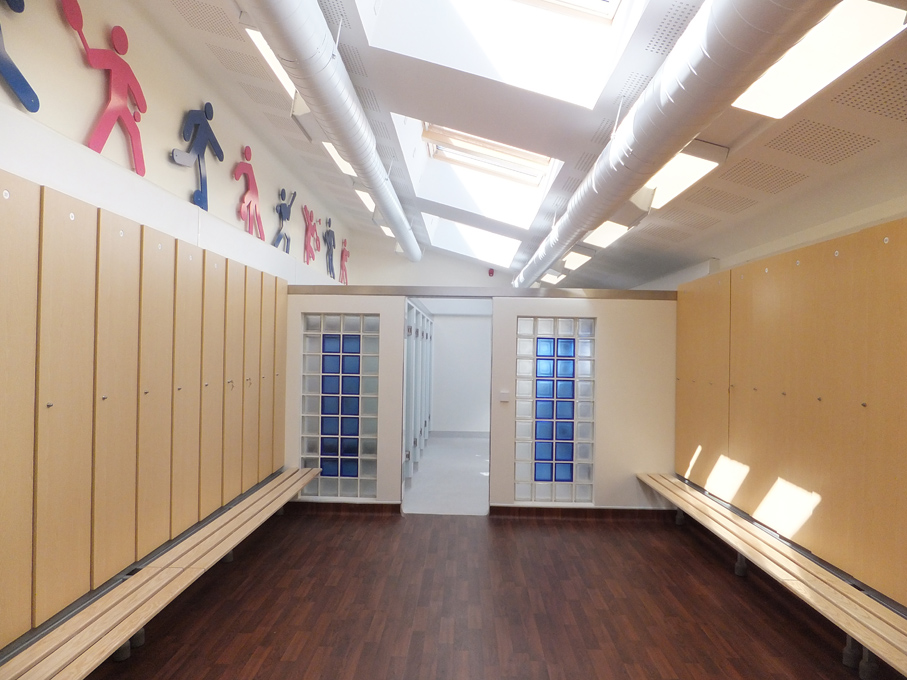 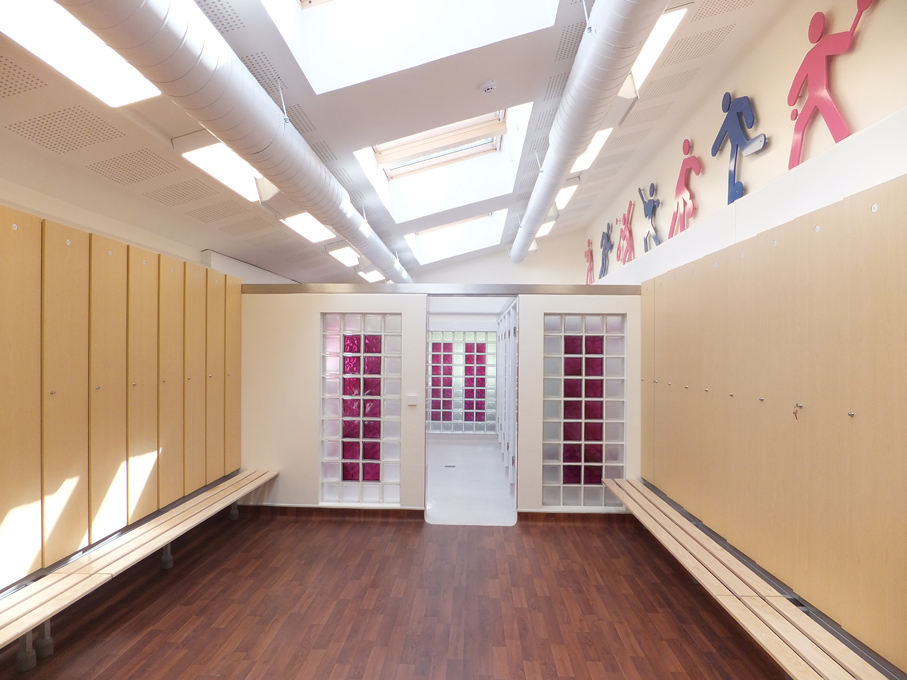 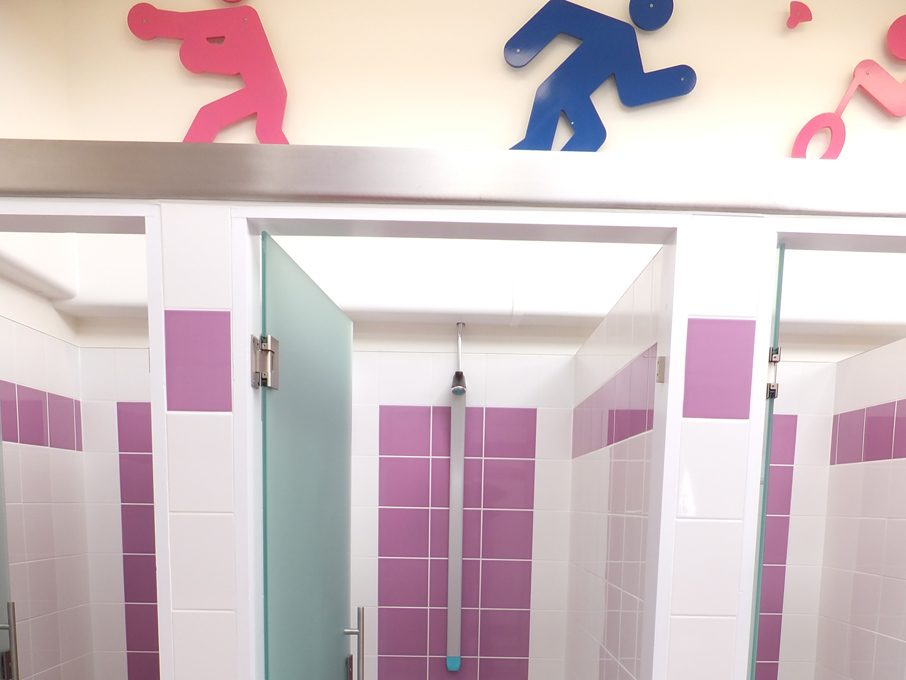 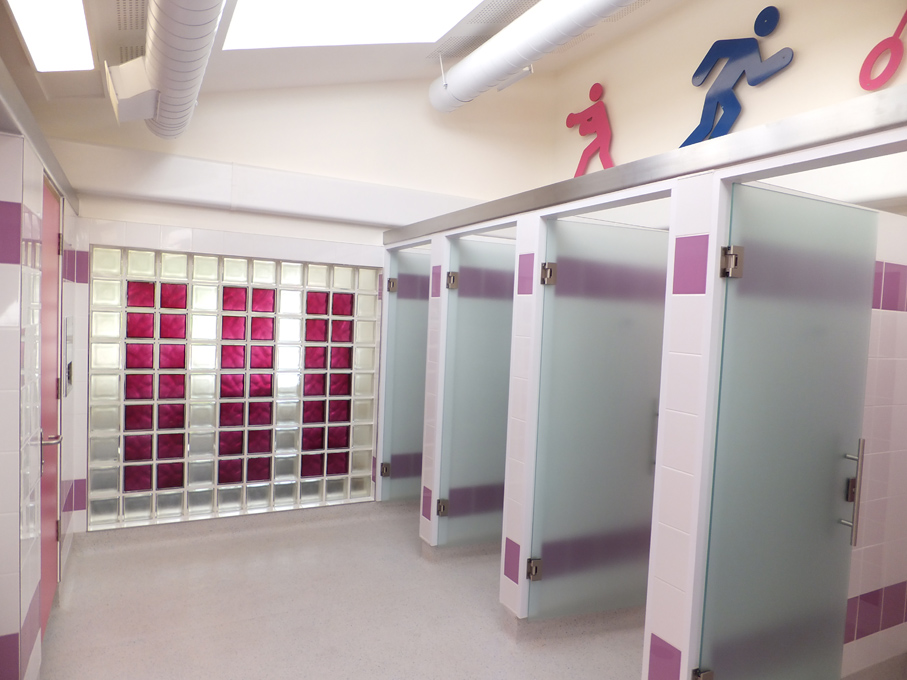