Blythe Properties Waterworks, Kiln Lane, Leigh Sevenoaks, Kent
1505
STF acted as a architects and construction managers in the conversion of this Grade 2 listed waterworks building to a private residence, and construction of two new houses in the grounds.
Because of it’s previous use as local water and gas works (especially the latter), decontamination works were required.
This involved the backfilling of the waterworks well (but retaining a water monitoring facility), and the removal of the existing gas holder pits, and contaminated topsoil, and it’s replacement with inert fill. Piled foundations were utilised for the two new timber-framed houses, because of the close proximity of mature trees.
Extensive rebuilding of the Waterworks was carried out following negotiations with the local planning authorities and the Victorian Society.
The two new houses were designed to emulate traditional wealden houses, having jettied upper floors, whilst not slavishly copying an earlier technology.  The octagonal listed waterworks and ancillary building were converted into a single private home.
Building works took place during 1997 and 1998, and the construction costs were £700K. 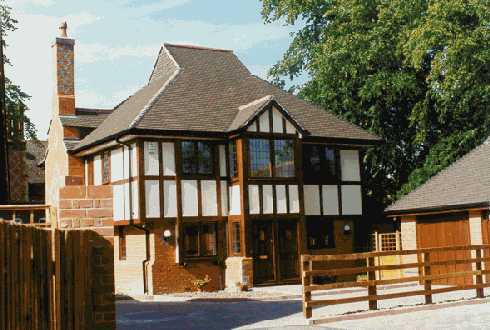 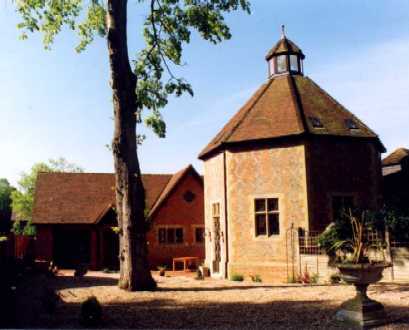 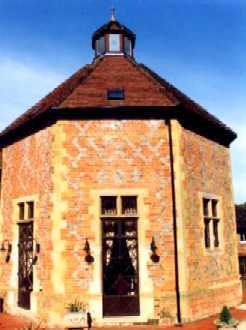